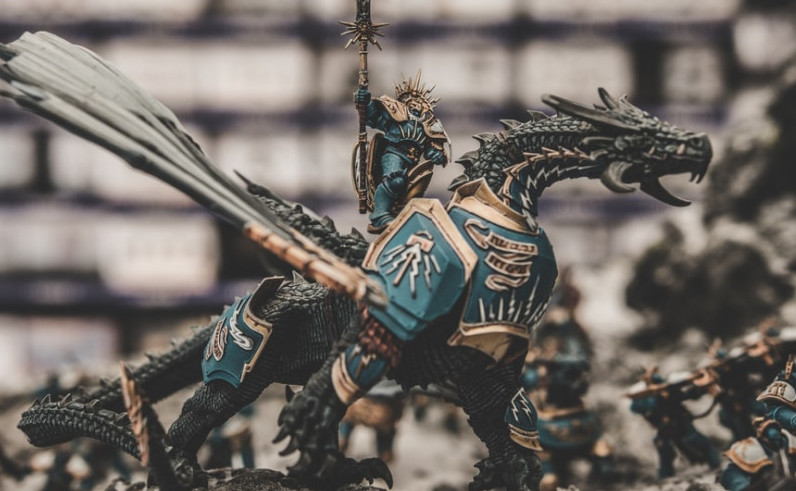 3D printers have many applications, one of the most fun would be for hobbies. There are endless possibilities when it comes to a 3D Printer, Be it a plastic filament, or resin based printer. This may come as a bit nerdy to some but I like to create custom miniatures and other sculptures which I can later assemble and paint. There are many people who could find a Use for this Whether you are a miniature war gamer who plays warhammer 40K, or just like to play some Dungeons and Dragons with your friends.

I’ve been a big fan of Games Workshop and their line of tabletop miniature games since the early 2000s when I was just a teen. The crazy futuristic universe where there was constant war between multiple different alien races. The unique design behind each of the alien really drew me into the hobby.

Now those who play these sorts of games know that it is play on top of a table with large armies of miniatures and Ideally a lot of terrain features such as miniaturized buildings and bunkers. When I first got into the hobby I used to use random pieces of trash I would find lying around. I would glue them together along with some cutting and shaping to get the shape I wanted for some ruined buildings. That was one of the most fun parts about the hobby.

The issue that sometime arose was that it could take months to build and all the terrain features you would need to have a fun game with a friend. Being able to print the terrain I need for games has made it a lot less time-consuming to make new and exciting terrain, such as trees, damaged vehicles, and other interesting concepts.

Since I’ve gotten a #D printer I’ve been able to get many more of my friends into the idea of trying out a game of 40K, or Starwars legion.

For arts and design

I’ve been very much into art and all its creative outlets from a young age. I remember having a game called destroy all humans which I enjoyed several hours of play time. One of the things I remember doing was taking an old ornament and laying down a bunch of epoxy curing putty over it to form the head. I used bent pieces of paper clips to form the arms and legs. My parents and friends were all amazed by the little gray alien with a large head I created. That took several days to make and although each hour I put into brought me so much creative joy there was one thing I really wished I could have done at the time.

I wanted to be able to make copies of my creation. Yes It’s great to put in all your hard work and passion into a truly masterful piece of art, but once you do all that hard work wouldn’t you like to be able to share it worth the world. Now with 3D scanning technology you can scan something you made then print another copy of it with your computer.

I’ve always loved artistic paintings, and sculptures were among my favorite medium to express myself. It’s almost a No brainier to me since we live in the third dimension after all.

Now to I liked to take my hobbies to another level by also making it my artistic medium. With many of these miniature game converting and modifying is the most enjoyable part. To realize an image you had in your head. I would build the monsters for my D&D campaigns. The look on my friends eyes when they saw these creatures of epic fantasy come to life made my heart swell with joy. If you like painting miniatures but don’t always want to spend tons of money buying them you can buy software for a model sculpt print it out then paint hem to your hearts content. Honestly The best part about having a 3D printer is having more option to create unique models that others will wonder how you found them.

For creative projects at home.

If you like to make little home projects 3D printing technology can save you a lot of time and stress. I know a couple engineers that have made good use of one. Most of the designs that engineers come up with are built with a software called CAD ( Computer-Aided Design). This is what makes there vision, which is also based on very precises measurements a reality. The Body for an Automobile is first designed in CAD, so are many architectural infrastructures. Sometime it is very handy to have a 3D printed prototype that can be further examined and modified before having a finished project. See with the addition of software and a 3D printer you can create almost anything. Even for a beginner you could make a simple taco shell holder or planter.

There are a lot of different things one can do with a 3D printer. Many sites sell terrain features for miniature war games and dungeon tiles for Tabletop RPGs. Lots of endless possibilities even if you are not that creative you can always find cool new things to print. I know I’ve had a lot as well fun over the years creating fun new designs for miniatures and as well as any ideas I may have for things I might want to build in the future. There are also many beginner friendly 3D printers on the market that come pre-calibrated and ready to use so no worries if you are not very tech savvy. I wrote in an earlier Article about what were my 3 favorite buget beginner friendly 3D printers here Top 3 Best Budget 3D Printers for hobbyist.

I hope this article was useful and helped give you some ideas of what a hobbyist, artist, or just a geek who likes to play with miniatures can use a 3D Printer for. 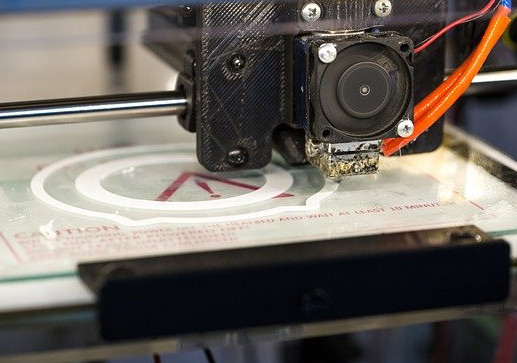